We are a trusted and acclaimed company with a well-known name waiting to assist you! 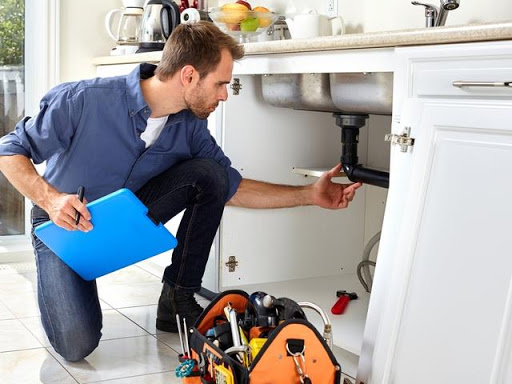 6 ADVANTAGES OF HIRING A PLUMBER IN CARROLLTON, TX

Plumbing may seem easy to many people who try to master the craft by watching online tutorials and fixing minor issues, but in reality fixing, even a single water pipe requires extensive training and focus to make sure that it is properly repaired. Many homeowners when experiencing any water fixture issue, try to resolve it themselves to save the extra cost. However, this approach may lead to a cheap repair becoming a much costlier improvement later on. For people who still wish to fix their broken water pipes without the support of a local plumber in Carrollton, TX, below are a few major advantages to change their minds. 1.     SAVE HIDDEN FUTURE COST Since all the pipelines, faucets, and other fixtures are installed in a way that they are not visible to a homeowner; many minor problems can build up into bigger ones. Plumbing issues if left unresolved can not only cause more damage and inconvenience but also leave a heavy dent on your budget. A professional plumber will not just resolve the issue they have been called for but can also detect other faults in the process. For example, a skilled plumber can identify a fault in the overall piping arrangement while fixing a water faucet. It is also often seen that many residents aren’t aware of water heater problems until something goes terribly wrong. A capable plumber in Carrollton, TX will be quick to determine any problem in your heating system, even if they are only there to inspect the heating ventilators or boiler temperature. By seeking the support of specialized plumbing service in Carrollton, TX, you not only get the best service but are also able to save money by detecting errors before they turn severe. 2.     COMPREHENSIVE DIAGNOSTICS Many people who move into a new house in Carrollton, TX don’t really know much about their fixtures and water systems. The first instinct of any person who encounters a clogged drain is to unclog it with a snake pipe, but this can only be a momentary solution and in some cases cause more harm. A big benefit of hiring a plumber is that they are able to provide a detailed and exhaustive diagnostic report that includes an explanation of all the fixtures and hidden pipes. This effort will not only help the residents in determining the cause of any problem they shall encounter later but also familiarize the plumber with that home’s plumbing network. A qualified plumber will maintain this report in […]

Things That Should Never Be Flushed

The toilet and the trash can are not the same things. Everyone knows this, but when you’re in a hurry or feeling lazy, you might go ahead and toss that garbage in the toilet. What harm could it do? In fact, trash can do a lot of damage to your home’s pipes and even the municipal sewer system. Plumbing and home improvement costs are on the rise partly due to flush items that are not regarded as trash by those who do the flushing. Flushing non-human waste down the toilet also wastes water. Depending on the brand and model of your home toilets, you can waste about three gallons of water each time you flush. For habitual flushers of trash, this boosts your water bill. Here are the six things that should never get flushed. 1. Food People may think food is warm, moist, and soft when it slips down the toilet, and that’s the end of it. But it’s not. Pasta and rice regularly go down the toilet, but they don’t remain small or soft. These materials bloat with water and clog pipes. Starchy foods also damage the main city sewer lines. Grease is another food item constantly getting flushed. It goes down smoothly but soon solidifies, lining the inside of pipes and creating major jams. 2. Condoms Condoms are not easy to flush, but somehow people manage it. Down in the sewers, they fill with air and bob on the surface. When they deflate, they stick to the lining of pipes and prevent an even flow of water, eventually contributing to major blockage. Knowing how to care for your home plumbing system before it gets to the point of needing to call a plumber is the key to saving your house and hundreds of dollars in plumbing and home improvement costs. 3. Pets Fish are among the most common flushable critters that receive water burials. But some families believe dead gerbils, hamsters, lizards, snakes, and others deserve to rest “at sea” as well. Unfortunately, bones of any kind do not disintegrate but get caught in the pipes and cause backups and clogs. 4. Diapers Parents want to do the right thing, but they are often too tired and pressed for time, so diapers find their way down the toilet. But diapers are designed to be super absorbent. Because of this, it is rare a diaper makes it past […]

WARNING SIGNS OF WATER LEAKAGE BEHIND THE WALL

When a frozen pipe bursts or a drain backs up, you know something’s wrong right away. You quickly identify the source, pinpoint the problem and take care of repairs. When a slow leak starts inside your home’s walls, it doesn’t attract attention, but it does leave solid clues. If you know how to detect water leakage in walls, you can minimize potentially serious damage. Be on the lookout for these 10 signs of water leaks behind your drywall. 1. PERSISTENT MUSTY ODORS As the water slowly drips from a leaky pipe inside the wall, flooring and sheetrock stay damp and develop an odor similar to wet cardboard. It generates a musty smell that can help you find hidden leaks. 2. MOLD IN UNUSUAL AREAS Mold usually grows in wet areas like kitchens, baths, and laundry rooms. If you spot the stuff on walls or baseboards in other rooms of the house, it’s a good indicator of undetected water leaks. 3. STAINS THAT GROW When mold thrives around a leaky pipe, it sometimes takes hold on the inside surface of the affected wall. A growing stain on otherwise clean sheetrock is often your sign of a hidden plumbing problem. 4. PEELING OR BUBBLING WALLPAPER / PAINT This clue is easy to miss in rooms that don’t get much use. When you see wallpaper separating along seams or paint bubbling or flaking off the wall, blame sheetrock that stays wet because of an undetected leak. 5. SLOWLY WARPING SHEETROCK Over time, sheetrock wicks up moisture from a slow leak, and that can cause the wall to develop bends and curves. Warped sheetrock is a sure sign of a slow water leak. 6. BUCKLED CEILINGS AND STAINED FLOORS If ceilings or floors in bathrooms, kitchens or laundry areas develop structural problems, don’t rule out constant damp inside the walls. Wet sheetrock can affect adjacent framing, flooring and ceilings. 7. WET BLOTCHES Wet spots are sure signs of water damage in walls, but they don’t always pinpoint the problem’s location. Water can travel down a pipe and cause wet blotches on the wall below the leak. 8. ODD DISCOLORATION As a leak moves further down inside the wall, overlooked wet spots eventually dry. They leave behind splotches that appear lighter than surrounding drywall or wallpaper. 9. WET FLOORS This sign is obvious on kitchen floors, but it’s not as noticeable in carpeted rooms. If an area of carpeting […]