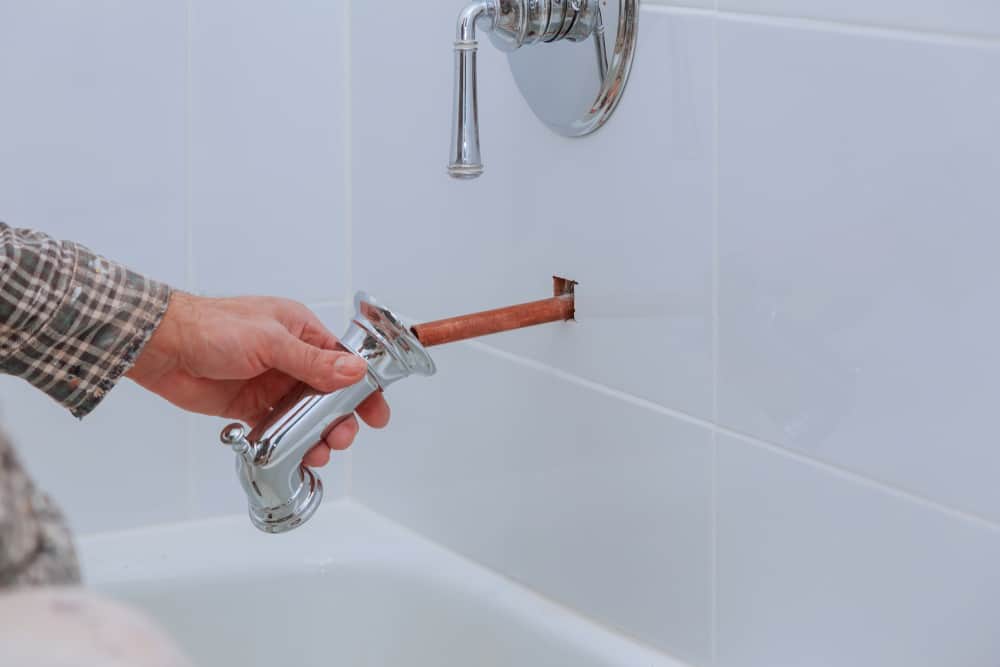 If your bathtub has a showerhead, your shower valve redirects water from the showerhead to the tub faucet. When it’s not working, water simultaneously pours from both outlets. It’s easy to fix, so let’s learn how. Shower valves have two parts:

The most common diverter types are: 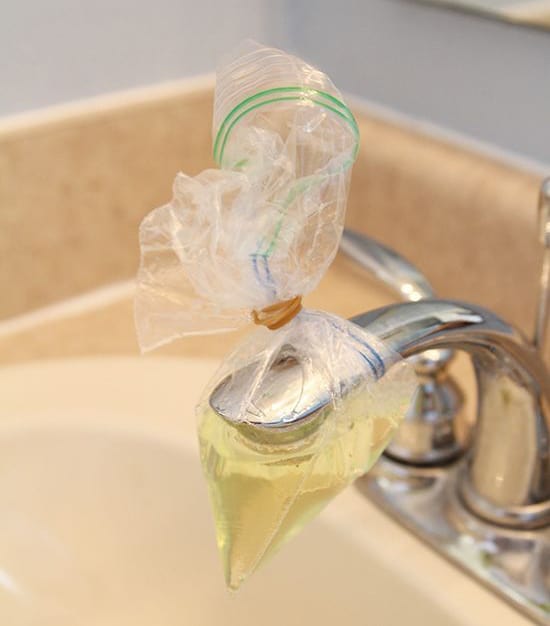 Sometimes, the diverter gate gets stuck. When you try to turn it or pull it up, it refuses to budge or makes squeaky, grating noises. If you do manage to pull it up, it may stick at the top and refuse to push back down. This is probably due to accumulated dirt, grease, and limescale.

Cleaning your spout with vinegar is good for the environment, because vinegar is organic and non-toxic, unlike harsh bathroom cleaners. It also saves you the cost of buying replacement parts, so it’s a pocket-friendly way to fix your shower leak. 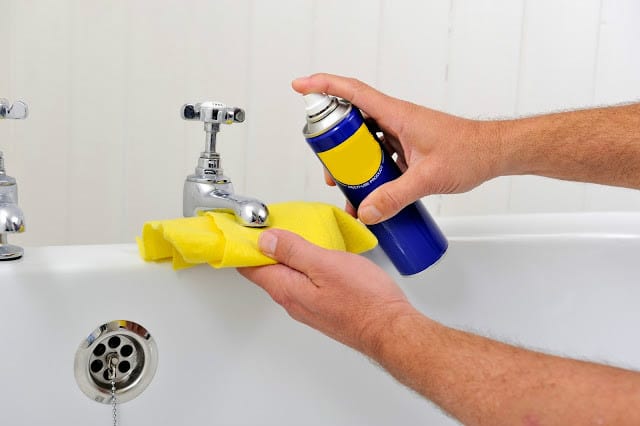 If your diverter gate stays stubborn after your vinegar soak, try using a lubricant to make it work better. Any cooking spray will do, and you probably have some in the kitchen. 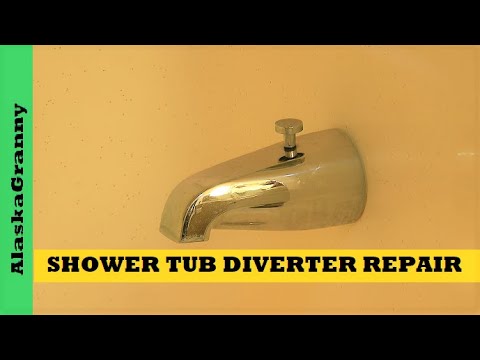 Always use cooking spray instead of hair spray or wax. The latter two products have ingredients that could be corrosive and might damage the metal and plastic parts of your shower.

Your vinegar wash will only clean the visible parts of your spout. When you want to stop your handheld showerhead from leaking, you need to clean the inner parts of your diverter gate.

At this point, you have a shower spout that looks brand new, so if it’s still not working, you may have to throw it out and buy another shower diverter kit. 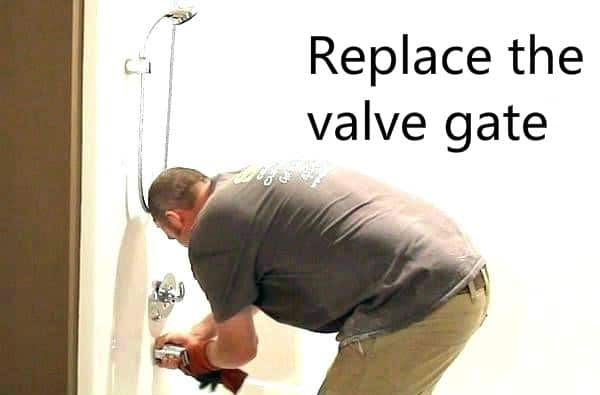 If you’re still having issues, it’s probably time to visit the hardware store. Cheap replacements are easily available and rarely cost more than $50. If you just want the gate, it’s even cheaper.

This option is cheaper than replacing your entire shower spout, but it’s also more complicated. Many people who try this at home still end up with a leaking diverter, so if you want to do it this way, consider having a plumber do it for you. 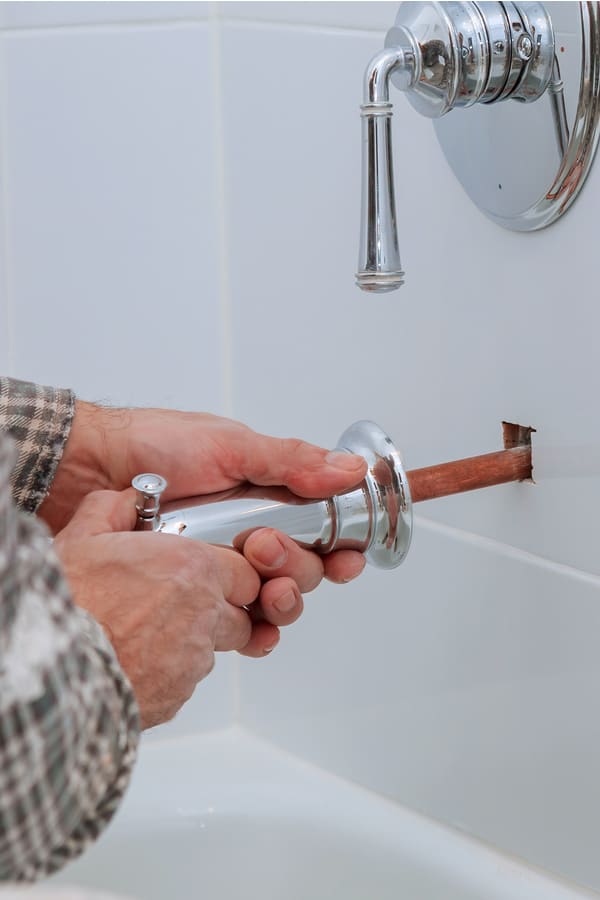 This seems drastic, but it’s easier than you think and is the most effective solution. Shower spouts aren’t that expensive. You can get a replacement for as low as $20. Decide whether you want to buy the same model you have or replace it with a universal spout. 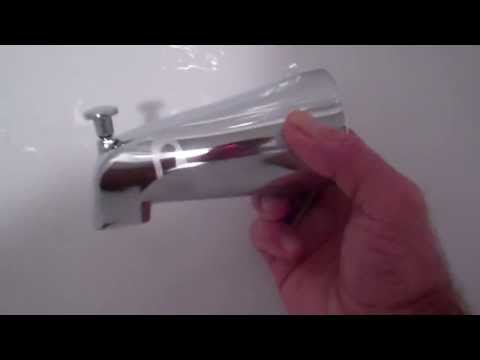 When you noticed your shower diverter wasn’t working as it should, you probably ran to Google and YouTube. And as you may have noticed, most online tutorials use tee-valve diverters in their demos. This is partly because tee-valves are more common than the other two types.

The main difference is in the piping mechanism. When you remove a tee valve from the wall, you find a single copper pipe. With two valves and three valves, you’ll find the corresponding number of copper pipes. If your shower diverter is a two-valve, focus on the temperature dial.

This is because it often doubles as a shower diverter gate. It controls hot and cold, but it also controls up (to the showerhead) or down (to the spout). On the other hand, if the shower has a three-valve diverter, focus on the middle pipe. That’s where the valve is located.

Repair Your Shower The Easy Way

It’s annoying when you’re trying to have a shower but your bathtub keeps dripping. Or when you’re filling the tub and the rain shower head keeps wetting your back. With a few basic tools, you can fix it!

Is your shower diverter giving you grief? Tell us all about it in the comments!